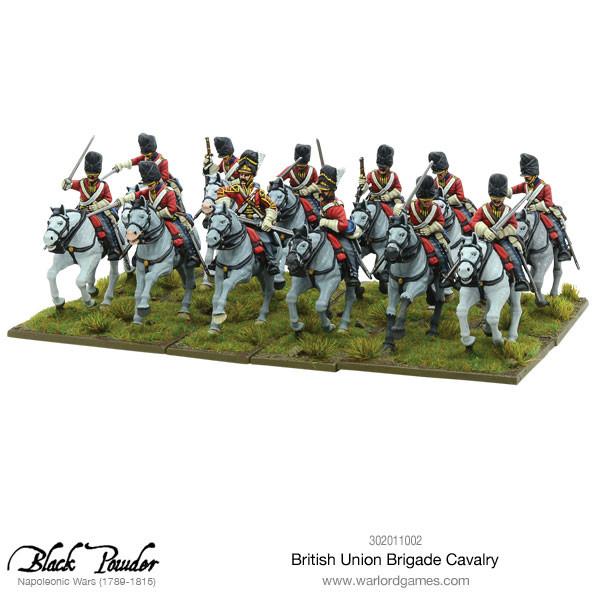 This set allows you to build any of the three regiments in the Union Brigade as well as headgear options for the Peninsular campaign.

Some of you eagle eyed historians may have noticed the Scott's Grey's in the picture above. These are made from the Union Brigade Cavalry box which will allow you to make the correct 4th unit for the 1st division, the King’s Dragoon Guards. We were just excited to release these and couldn't wait for the studio to paint them!

During the Hundred Days campaign of 1815, it was the 2nd British heavy cavalry brigade – made up of three elite heavy dragoon regiments – that smashed the enormous attack columns of d’Erlon’s corps in the opening moves at Waterloo, putting to flight, capturing or killing thousands of French infantry. Not content with such a feat they continued on to harry the French gun line before becoming blown, over-extended and driven back with staggering casualties by vengeful French horse.

The Union Brigade was named thus as it was made up of three units: 1st Royal Regiment of Dragoons (English), 2nd Regiment of Dragoons (Royal Scots Greys), and the 6th Dragoons (the Inniskillens from Ireland). All clad in red, they rode particularly large and aggressive horses – Britain had the pick of the best horseflesh in this period.