It is 1967. The world teeters on the brink of atomic war. The Free World and the Communist block face each other with ever increasing tension. The space race is at a fever pitch and the people of Earth balance between the wonder and horror in this new Age of Technology.

However, the Earth is a very old place. There were masters of this world before mankind's ancestors came down from the trees. And these ancient ones left behind clues pertaining to mankind's very origins and well as the origins of life on Earth itself.

100,000 years ago the Lemurian civilization rivaled Atlantis. Lemurians, unlike the Atlanteans however, were not a human species but were instead reptilians descended from the age of the dinosaurs. Both races were highly advanced in the occult metaphysical arts which were based on a science unlike our modern technology but immensely more powerful than anything humanity has since achieved. Both civilizations simultaneously vanished in a cataclysm of their own making. The Ice Age ended, the glaciers melted and the oceans rose, swallowing the Atlantean and the Lemurian continents leaving little behind but legend.

Deep in the remote reaches of the Cambodian jungle lies a lost city, Angkor Sek. The ancient Khmer people constructed their city on the ruins of a much older city, Tau Tau, an outpost of the Lemurian Empire. Beneath the Great Pyramid of Angkor Sek is the Lemurian Heart of the World, a giant crystal of immense power once used to alter time and space. This living jewel still breaths, and at intervals alters space time creating dimensional rifts. One of the rifts leads to Black Sun.

Black Sun is an alternate dimensional version of the Cambodian jungle, but one that has trapped beings from throughout time. On the surface, it is a jungle world like it’s Earth counterpart but the rules of physics are not always consistent with our world. Sometimes rivers flow upwards, rain falls as razer shards of ice and most of all, the Sun, which never sets, is black at it’s core and yet sheds a withering bright radiance which creates a steaming and humid atmosphere.

In 1967 the Vietnam War rages. The communist supply line known as the Ho Chi Min Trail, cuts through Cambodia, attempting to avoid American air power. At the height of the hostilities, Angkor Sek becomes a storage depot of the Ho Chi Min Trail, at least for a time. That is until an ancient evil awakens and alters the destiny of members of both sides of the Indo-China conflict and hurls them into an alternate dimension of peril. 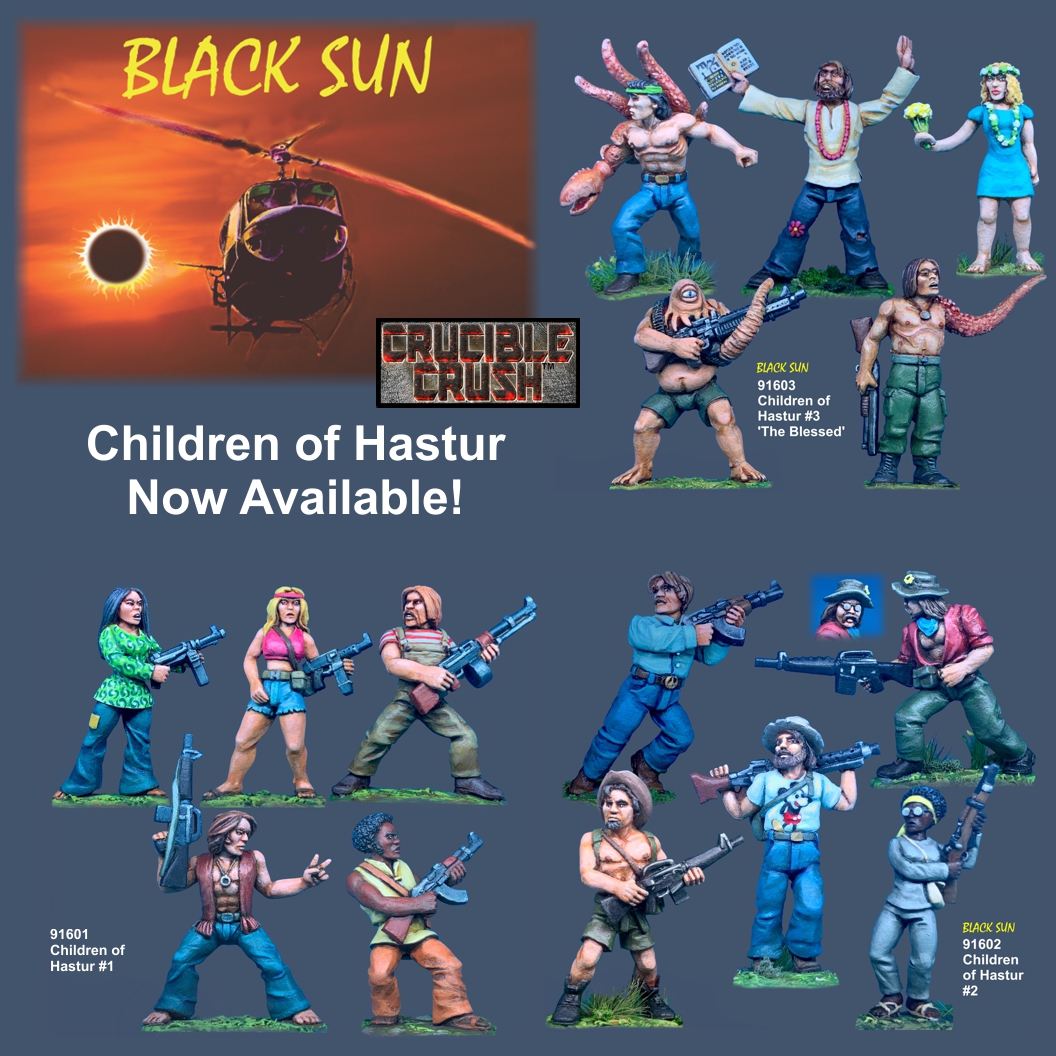 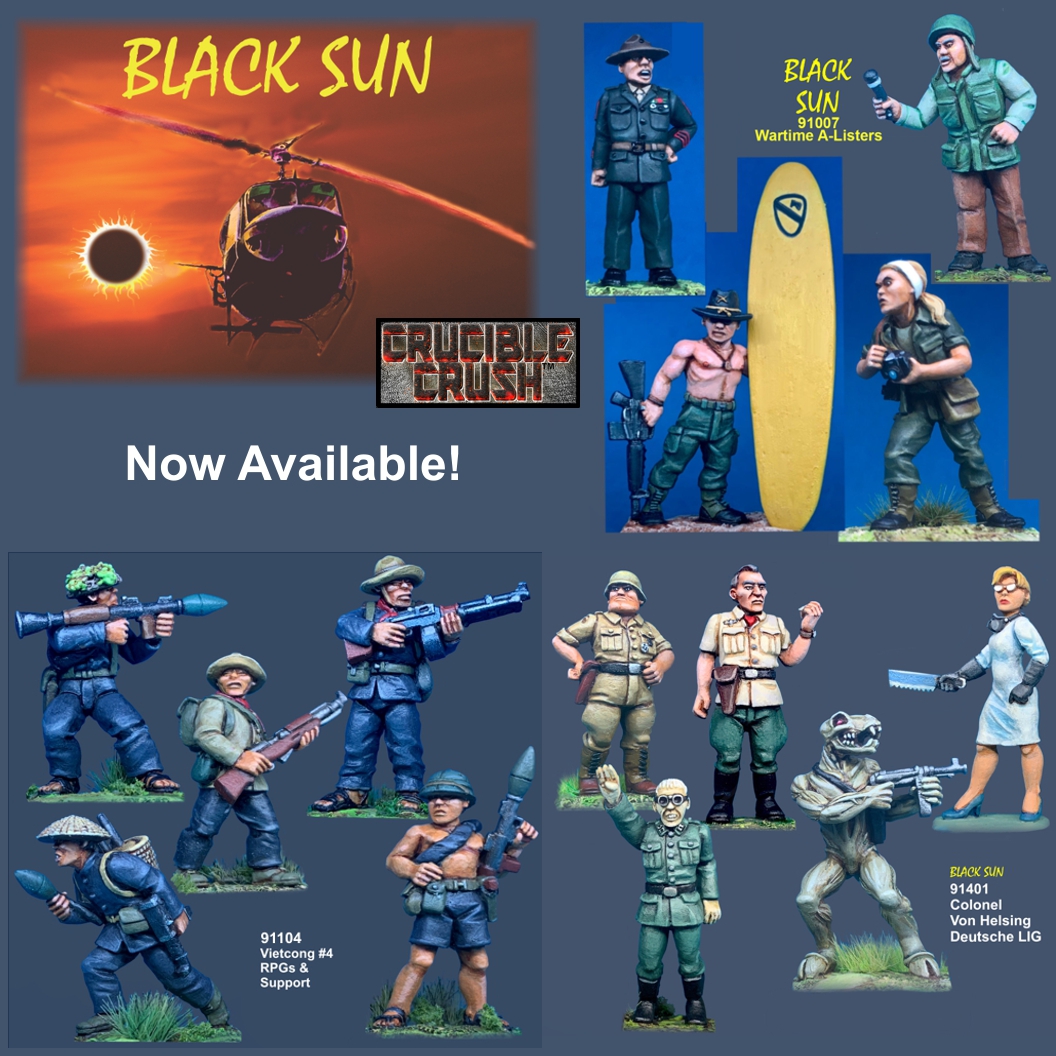 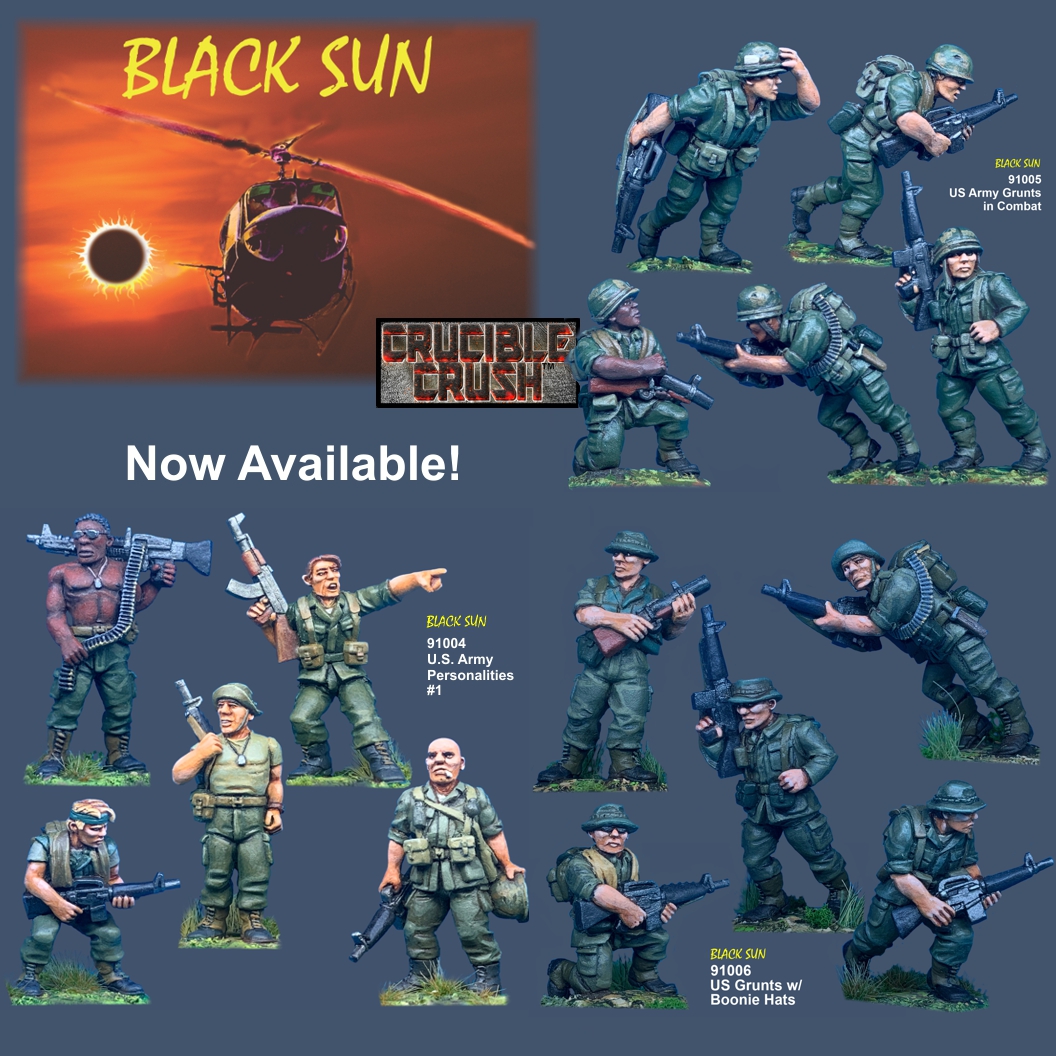 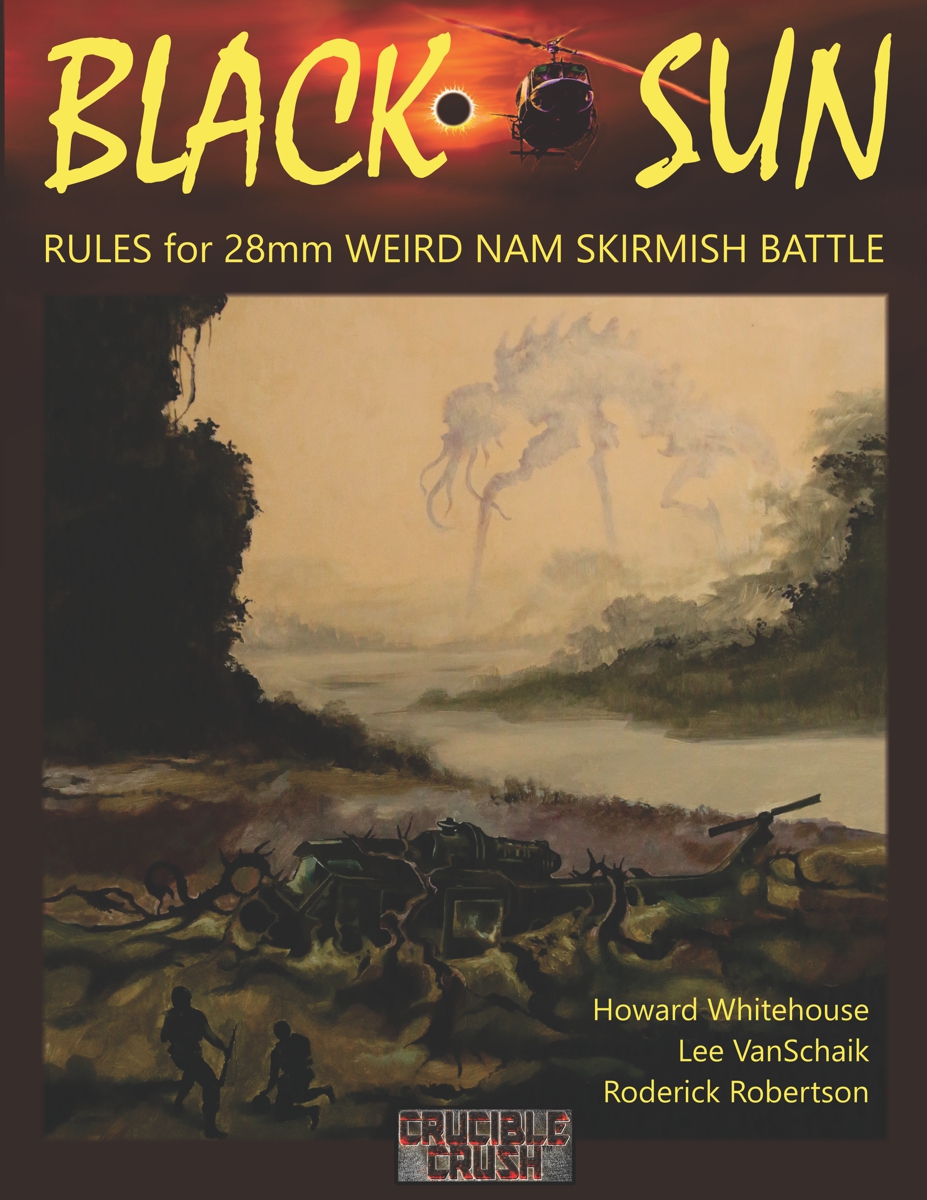 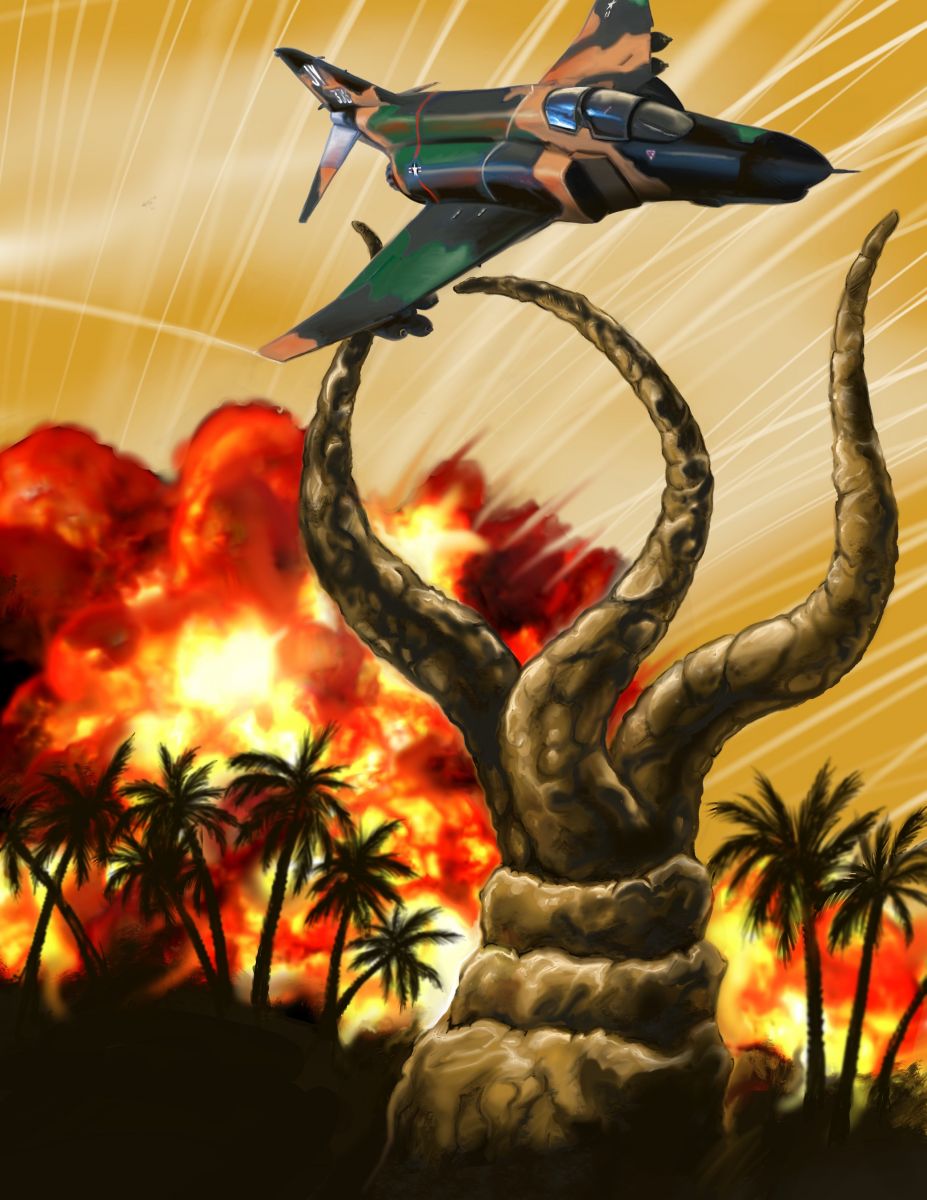 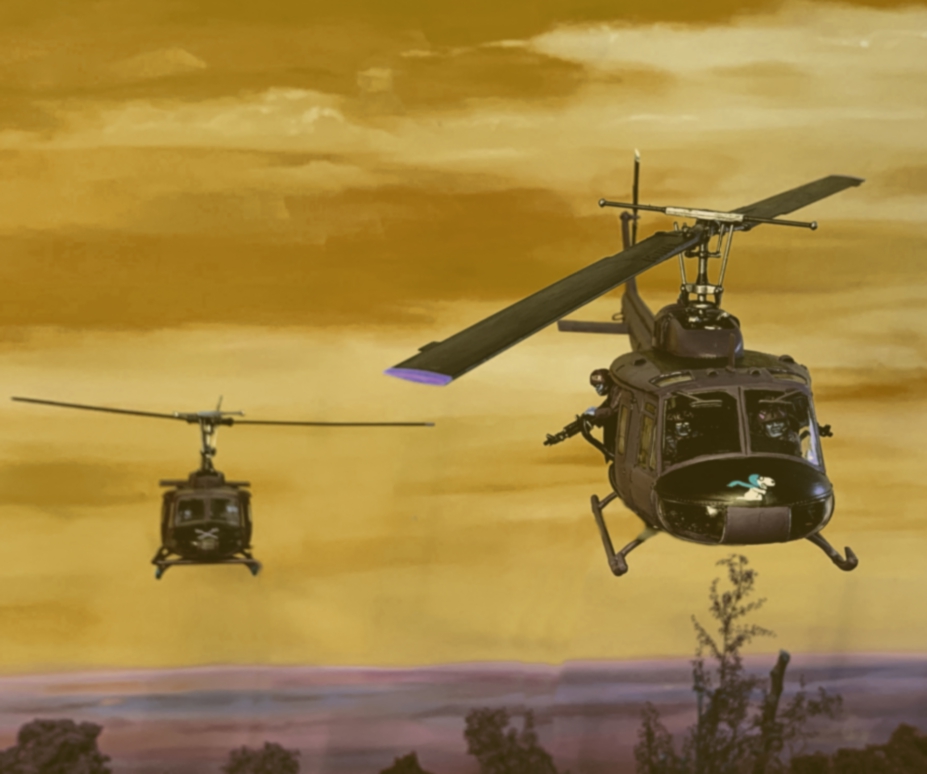 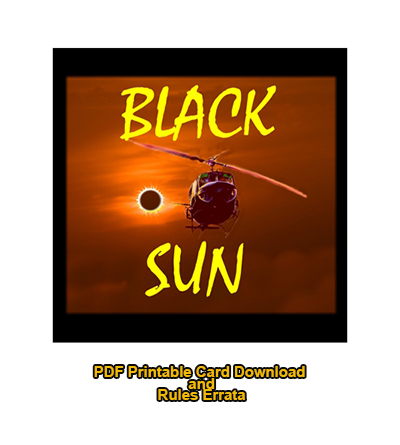