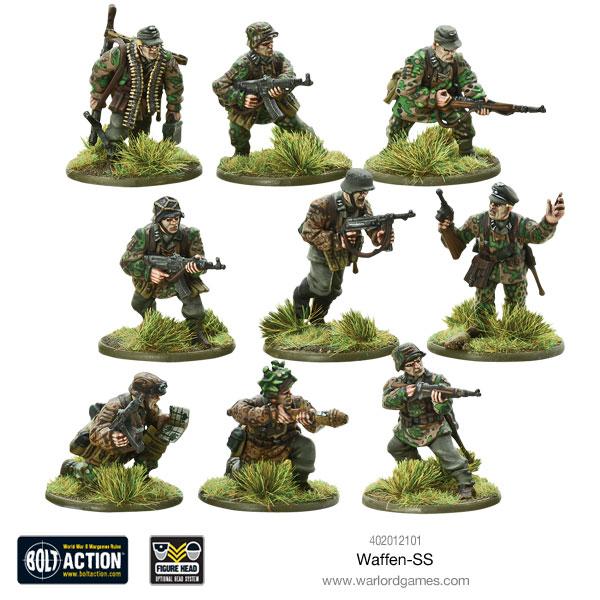 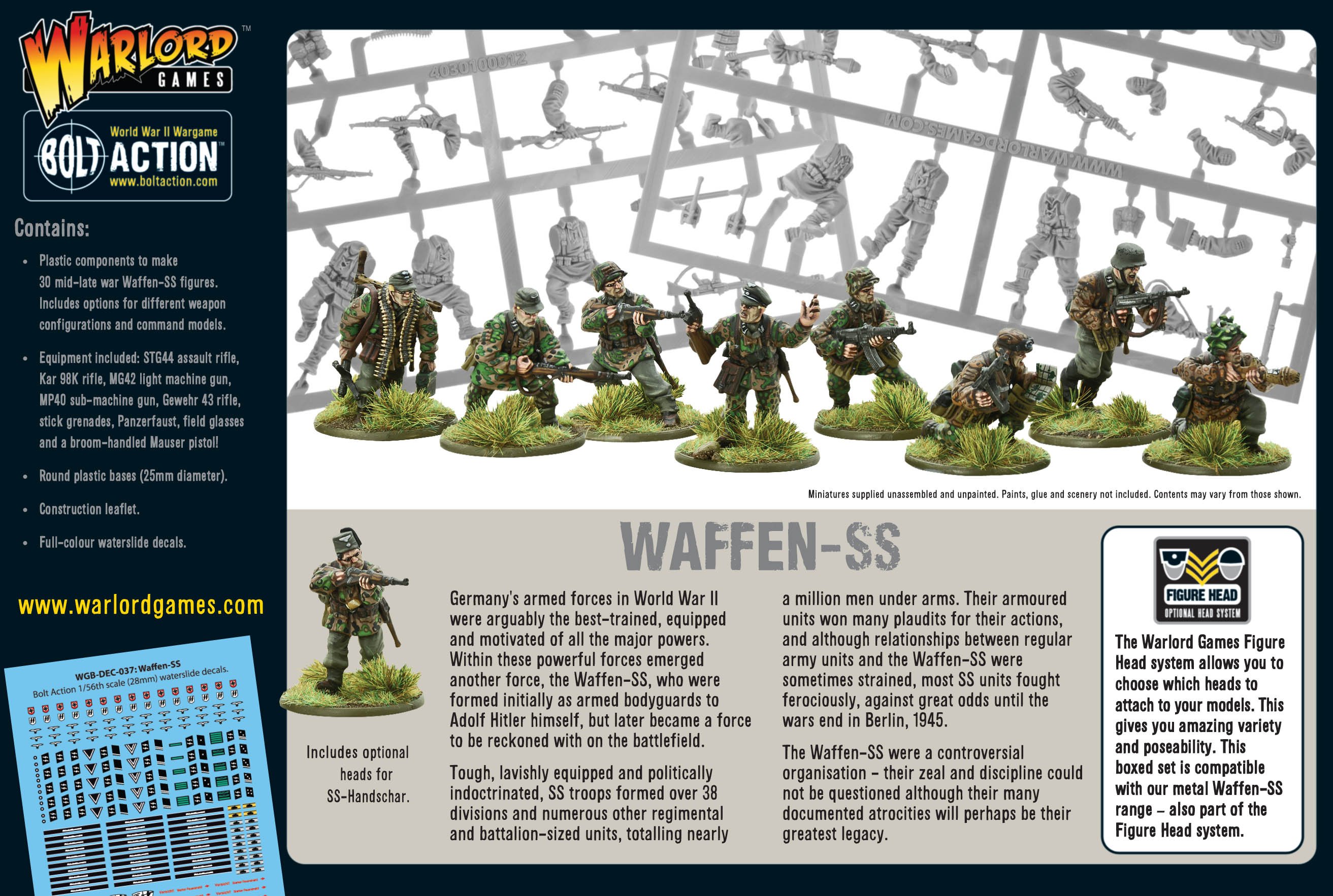 Their armoured units won many plaudits for their actions, and although relationships between regular army units and the Waffen-SS were sometimes strained, most SS units fought ferociously, against great odds until the wars end in Berlin, 1945.

The Waffen-SS was a controversial organisation - their zeal and discipline could not be questioned although their many documented atrocities will perhaps be their greatest legacy.

The brand new plastic frame is packed with superbly sculpted detail, including camouflage on the helmets, loose weaponry and equipment, and even a broom-handled Mauser pistol!