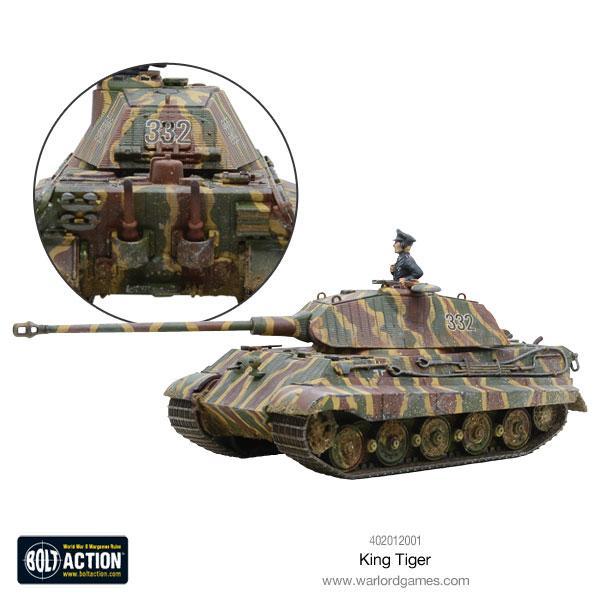 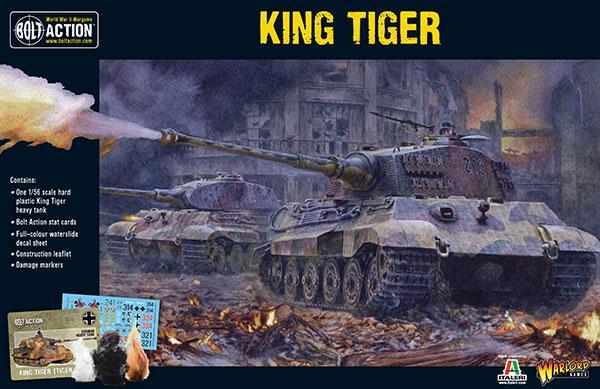 The Königstiger (officially named the Panzerkampfwagen Tiger Ausf. B or Sd.kfz 182) more commonly known as the ‘King Tiger’ or ‘Royal Tiger’ by Allied troops, was a development of the fearsome Tiger I tank. Its introduction to hostilities in 1944 caused significant problems for the Allies but ultimately it saw action too late and in tew fewer numbers to have a game-changing impact on the war.

Packed with stunning detail as you would expect from an Italeri kit, this box contains:

Deployed on both the Western and Eastern fronts, the King Tiger’s long 8.8cm gun had enormous operational accuracy with the ability to knock out any Allied tank frontally at ranges exceeding 2.5 kilometres (1.6 miles), way beyond the effective range of any Allied tank gun.

Two turret designs were produced with Porsche and Henschel competing for the contract. As the first Henschel chassis rolled off the production line, only the turret originally destined for the rejected Porsche project were available. Fifty Porsche turrets were mounted to Henschel’s hull and used in action until the Henschel turret variant became available.

The first combat use of the King Tiger was during the battles in Normandy by 503rd Heavy Panzer Battalion (s.H.Pz.Abt.503), opposing Operation Atlantic between Troarn and Demouville on 18 July 1944. On the Eastern front, its combat debut came on the 12th August 1944 by the 501st Heavy Panzer Battalion (s.H.Pz.Abt.501) resisting the Lvov–Sandomierz Offensive, where it attacked the Soviet bridgehead over the Vistula River near Baranów Sandomierski.