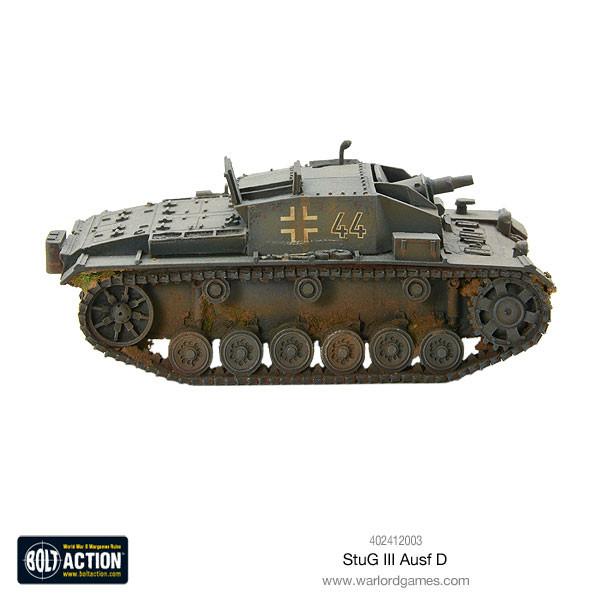 Built on the battle-proven Panzer III chassis, the Ausf D was armed with the 75 mm StuK 37 L/24 cannon, whose high-explosive shells would make short work of enemy positions as well as early war tanks.

Although overshadowed by the headline-hogging 'Big Cats' such as the Panther and Tiger, the Sturmgeschütz line of assault guns were quite possibly the biggest success story in terms of Germany's armoured vehicles. They served on all fronts where the Third Reich fought and collectively destroyed more tanks than their feline cousins, claiming to have knocked out over 20,000 tanks by 1944!

The Stug's low silhouette proved extremely advantageous, making it difficult to target and easy to disguise with camouflage.

Stug crews were actually part of the German Artillery rather than the Panzer divisions and their crews would be dressed in field grey uniforms in the main as a result.

This product is supplied unassembled and unpainted. Glue and paints not included. Decals not provided.