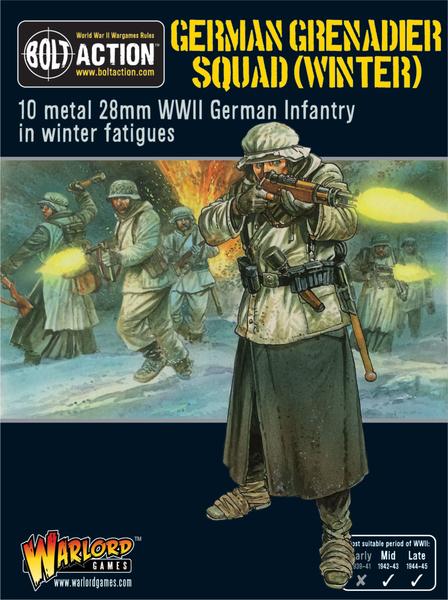 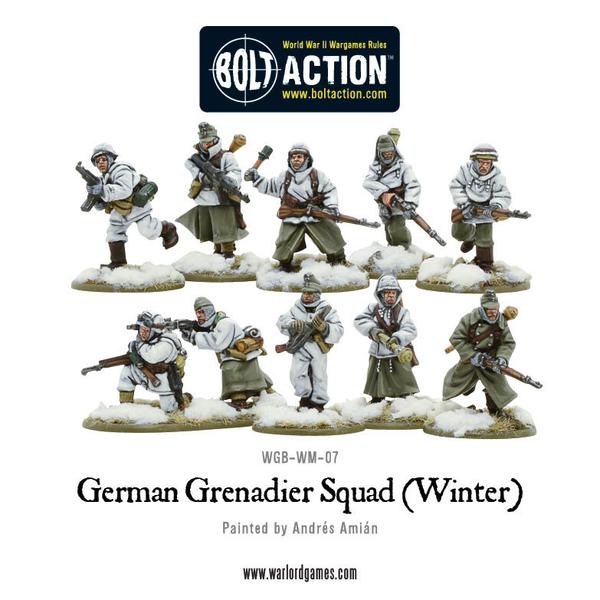 Germany's aggressive campaigns of conquest ensured that her armies would fight in many countries far from the fatherland and in starkly contrasting terrain and weather conditions. German soldiers were well-equipped for their venture into Europe, and later North Africa, but found themselves ill-prepared for the bleak, freezing and unforgiving Eastern Front. When the Russian armies failed to collapse, the Wehrmacht found itself caught out on the Russian plains, freezing, literally in many cases, to death.

Gradually German industry caught up to correct the defects in winter clothing and the troops and their families even fashioned suitable winter gear to keep general frost at bay. Clever use of white or reversible camouflage clothing and snow hoods helped to keep out the cold and hide the troops in featureless terrain. Gloves, mittens and thick felt boots blankets and scarves all meant that the landser might not only survive the bitter winters of the 1940s, but also be able to fight and win.

This box contains a squad of German infantry in a wide array of winter clothing and represents very well the rag-tag look of soldiers of any winter front, from the Soviet union to the Ardnennes. These figures are ideal for use as Heer or Waffen-SS.