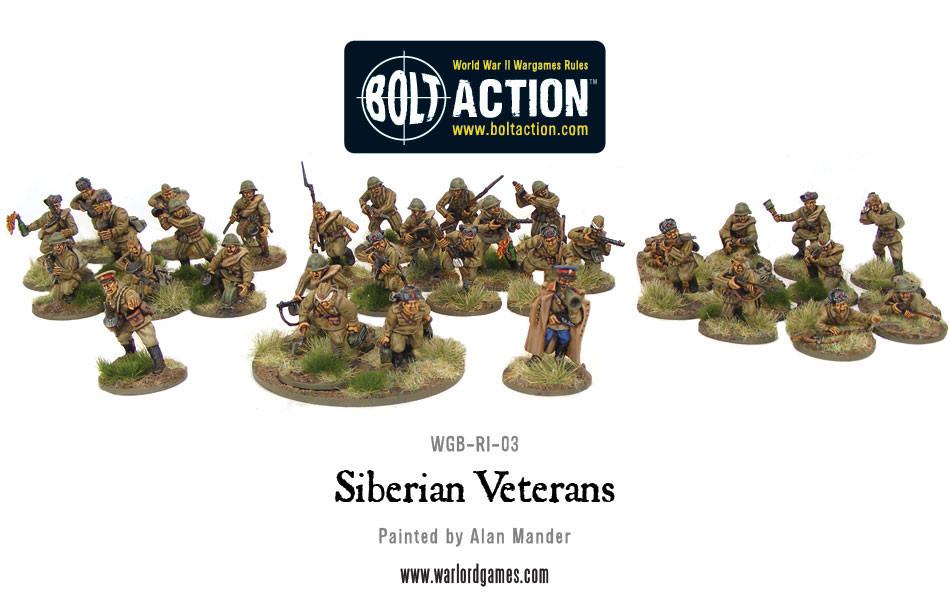 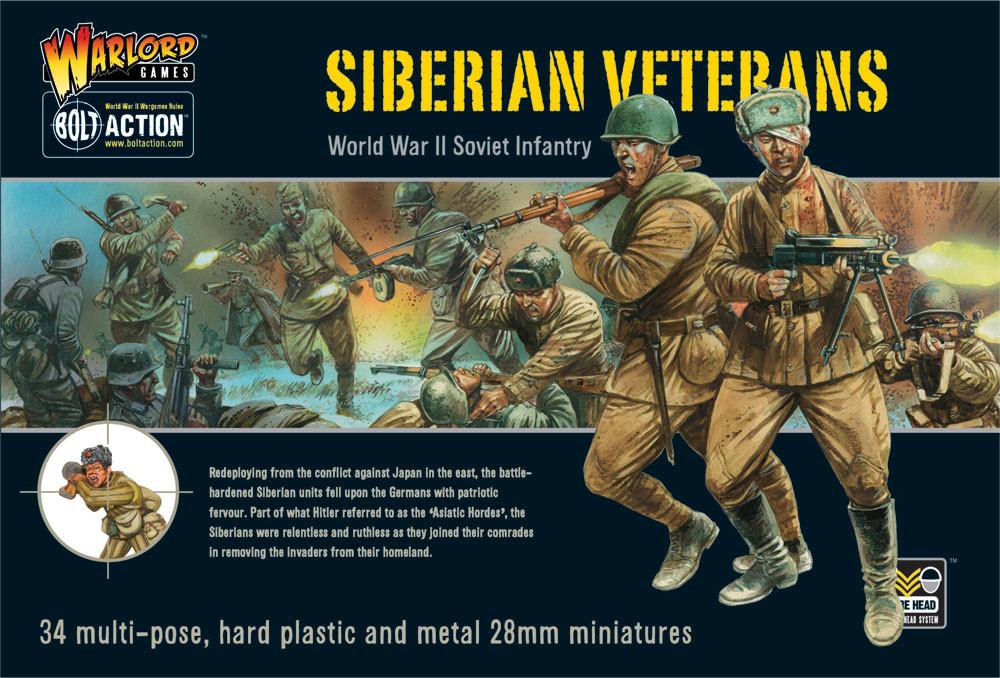 Epitomising what Hitler referred to as the 'Asiatic Hordes', the Siberians were battle-hardened from their service in the conflict against Japan in the east.

Coming as a rude shock to the forces of the Third Reich, the veteran Siberian troops fell upon the over-extended German forces. They were used in mass assaults hurling themselves into the German lines fully prepared to fight in close quarters, wielding wicked knives and using their entrenching tools to terrible effect.

Raised from the forces in the far east of the Soviet Union they were used to deprivation and hardship, and their stamina in the the deep, hostile snows in their homeland was a constant source of amazement to their foe.

This boxed set contains a mixed force of Siberian troops led by a commissar exhorting his troops with the aid of a loudhailer, all eager to fight the German invaders for Stalin and holy Mother Russia!