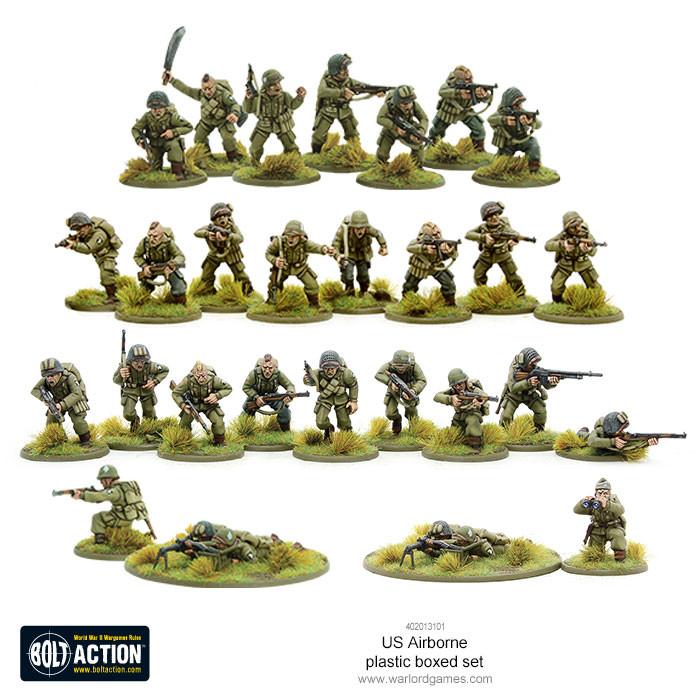 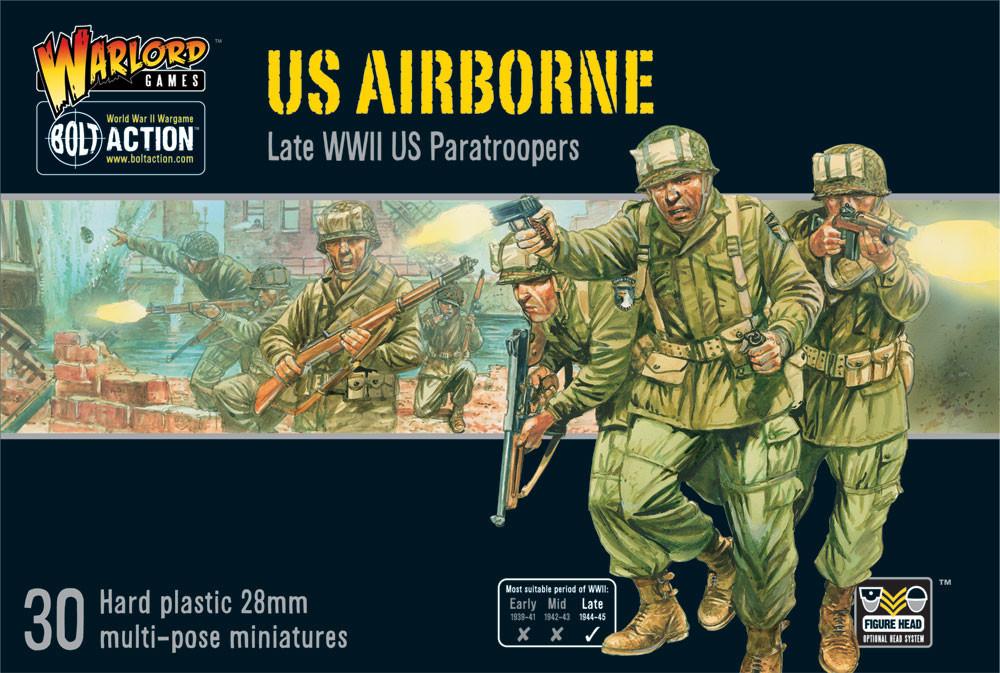 The awesome new plastic US Airborne Late WWII Paratroopers are ready for Pre-Jump inspection. Containing 30-man plastic US Airborne Platoon with enough plastic components to make 30 US Airborne miniatures in M-1943 uniforms, plus a host of options to allow for different weapon configurations and command models.

Having blooded themselves during the fighting in Sicily in 1943 and then fought in arguably their most famous operations during the D-Day landings in June 1944, the US Airborne divisions were withdrawn from the front lines to rest and refit.

Re-equipped with the new green M-1943 uniform which was being used across the US military to standardise supply, the divisions which included the 101st ‘Screaming Eagles’ and the 82nd ‘All American’ would be used by Allied High command during Operation Market Garden - an ambitious plan to open a corridor through Holland by parachuting in several US, British and Polish airborne divisions to take key bridges.

Following the ill-fated Market Garden, US paratroopers would drop into Germany in 1945 as part of Operations Varsity and Plunder - the crossing of the mighty River Rhine itself.

These battle-hardened fighting men have been immortalised in film and television - A Bridge Too Far and Band of Brothers are both great sources of inspiration for these troops and the actions they fought in so heroically.