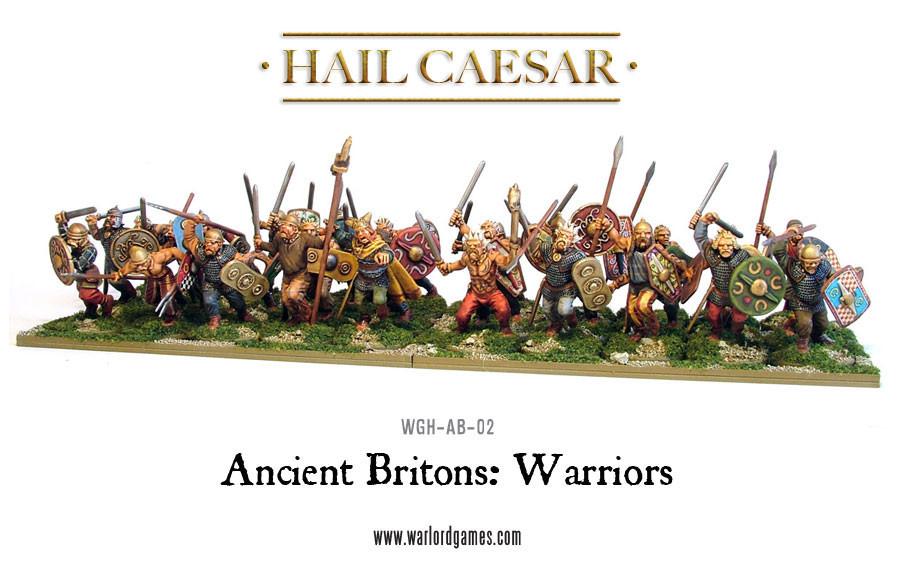 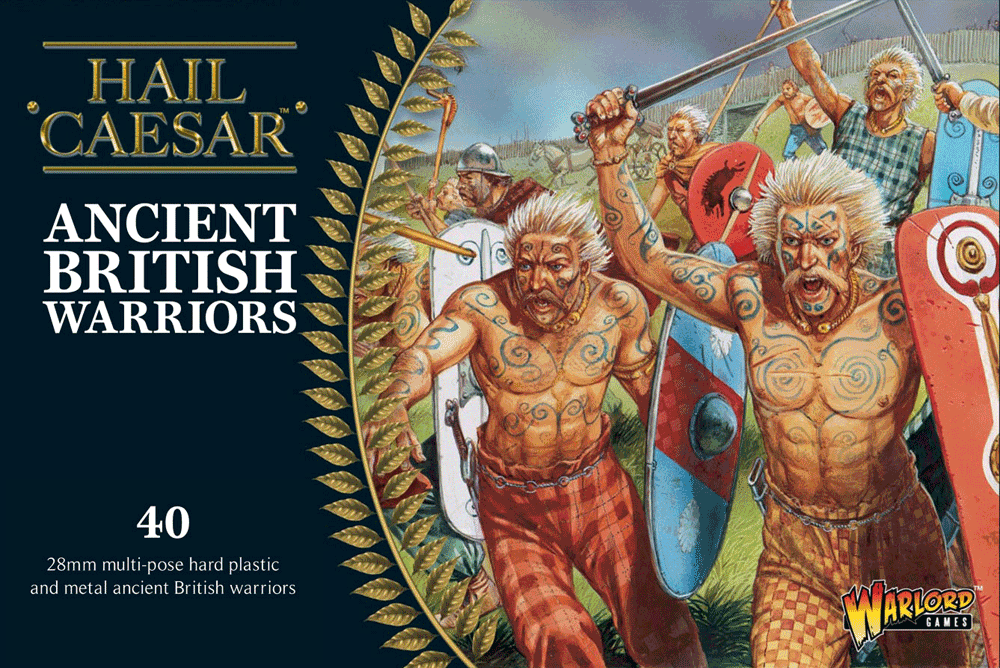 There can be few more characterful people than the ancient Britons. With their trademark spikey limed hair, magnificently droopy moustaches and painted with woad battle-markings they were as colourful and they were ferocious.

The British, who still favoured the chariots as a key part of their armies, struck fear into the hearts of the Roman invaders, led as they were by the dark and terrifying Druidic cult. There is a famous account of Romans not wanting to leave their boat to tackle the frenzied British and their Druid leaders on the shores of Britain. It took one of the standard bearers to throw his standard ashore and thus driving his companions to go and protect it to break the spell!

It's not all about Druids though - there were several highly capable British leaders who resisted the imposed rule of Rome such as Caractacus and the one-and-only Boadicea!

This boxed set contains enough plastic and metal parts to make 40 Ancient British Warriors. With several variants of limed hair and distinctive helmets (such as the 'Waterloo' helmet) plus new metal shields such as the Battersea-style shield they cut an impressive and rather worrying-looking bunch!

The boxes set also contains a metal upper torso to allow to you to include a British Chieftain as well as new carynx and standards.

So, whether you are starting a new British army or merely looking to add more character to an existing Celt army these chaps shouldn't be overlooked!