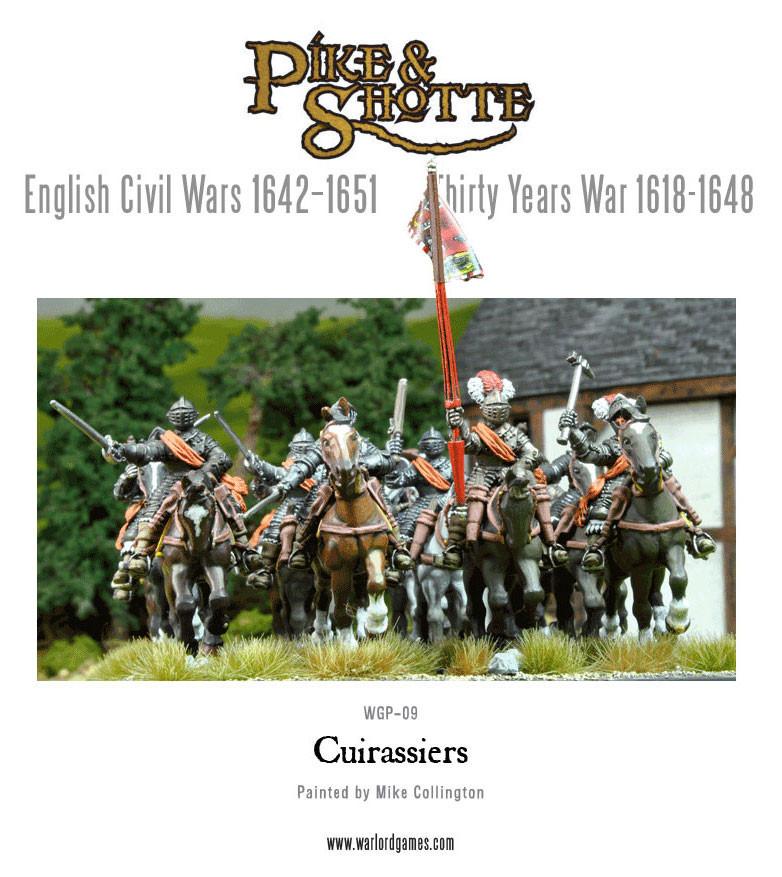 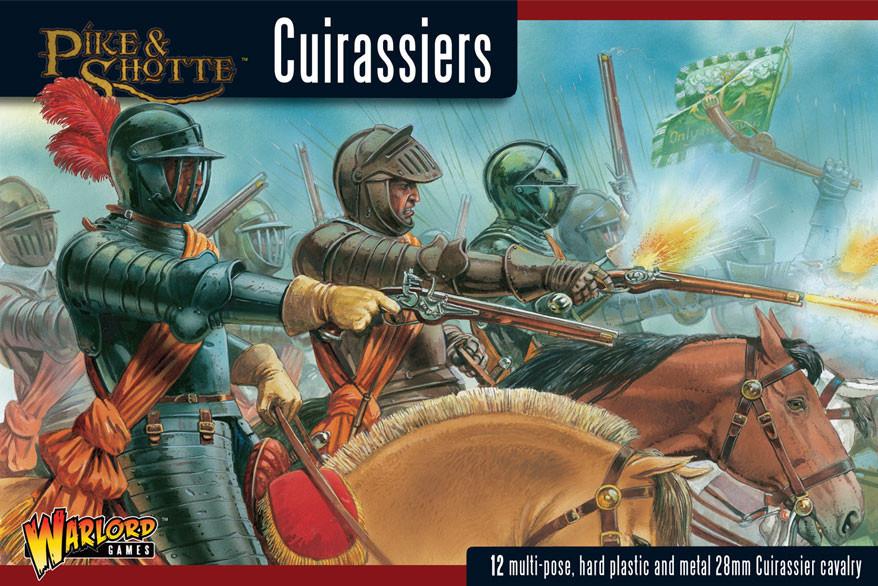 Thundering across the field of battle, resplendent in their ornate plate armour and pistols held tightly in gauntleted hands the charge of a cuirassier regiment was something to behold!

With luck the regiment would stop and perform their speciality – the ‘caracole’ - a complicated, but well-executed tactic, whereby the first ranks fired their pistols in the very faces of their foe, then wheeled away to reload whilst the next rank came up to volley.

The alternative would see them smash home, pistolling men at close quarters, or wielding fearsome poleaxes to smash through armour or crush opponents.

The 17th century saw large regiments of these steel-clad cavalry fighting epic battles in Europe in the devastating Thirty Years War. In England, Parliament massed enough money to put Haselrig’s ‘Lobsters’ (as they were known from their bright hard shells) into the field to take on Prince Rupert's feared Cavaliers.

Warlord Games’ Cuirassiers are tooled up with horse pistols, swords and even war hammers. Sound the charge!