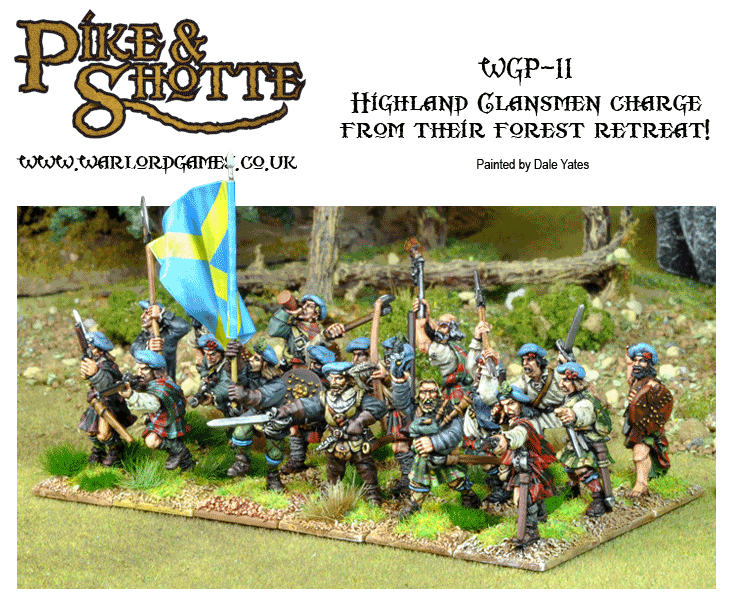 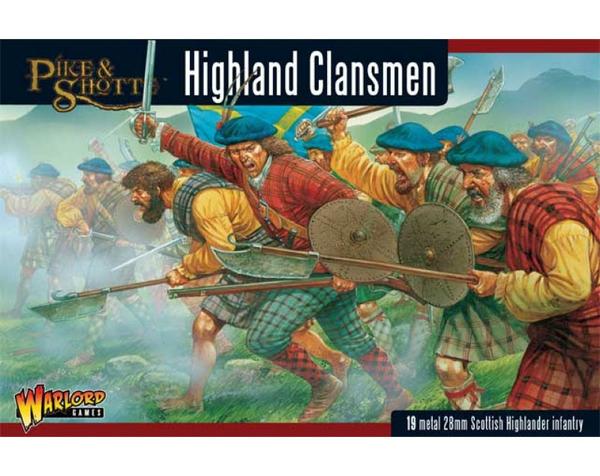 The skirl of the pipes is perhaps one of the eeriest sounds that you can hear, more so if you were a Covenanter soldier in the Civil Wars in Britain 1642-1650 awaiting the approach of Montrose' wild Highlanders!

The Scottish Clans were a throw-back to an earlier time. Small, tight family groups who eked out tough lives on hill farms supplemented at times by raiding from other Clans in long standing feuds. When times were very hard young men may go overseas and enlist in a foreign army, many reaching senior rank on the Continent. However, when the fiery cross was paraded through their lands all tools were downed and ancient but deadly weapons taken down from the wall as man after man put on his plaid and bonnet and went to join his Clan and Laird in battle!

Warlord Games' Highlanders are depicted as they would form for battle. The Laird and his close family in the front ranks, ready to fire a volley then charge, whilst the middle ranks prepare their Lochaber axes, bows, muskets and broadswords. The poorest, youngest or oldest fill in at the back shouting encouragement and hurling stones.

There is little one can do but hope that a good volley can stop these atavistic wildmen, for if they close their deadly, flashing dirks will soon finish the business...