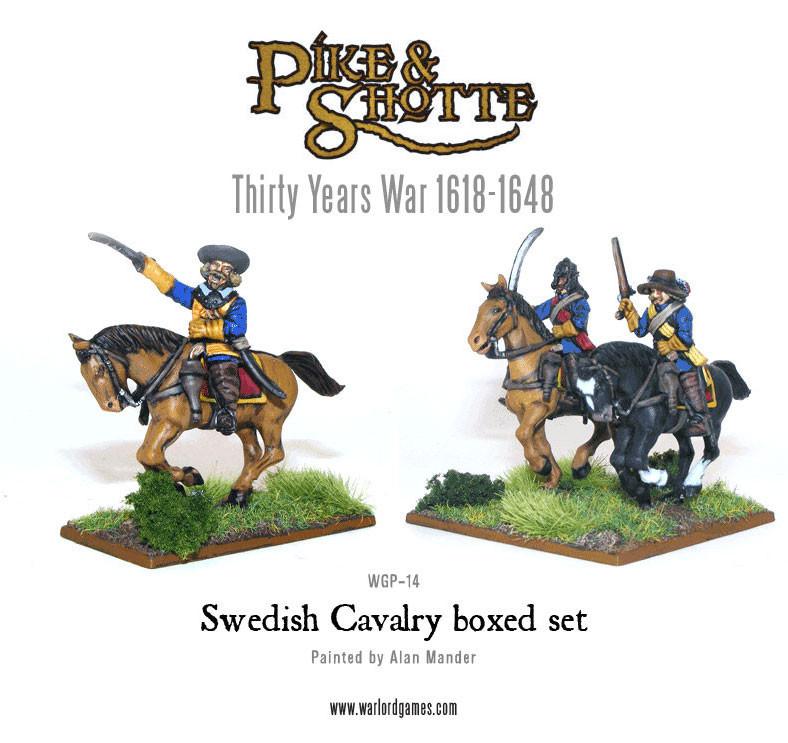 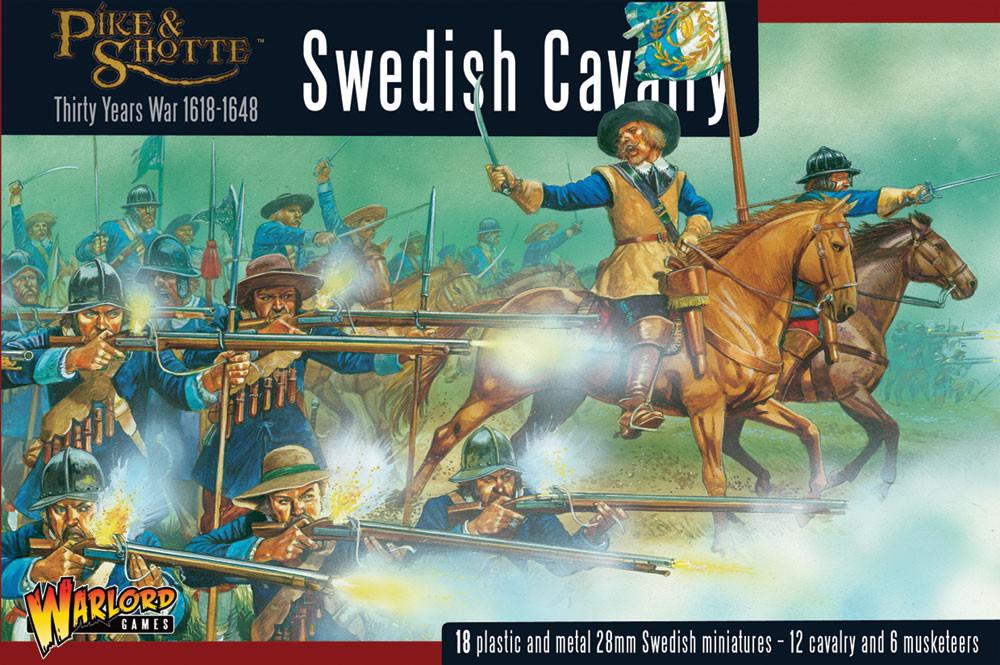 This box re-uses the popular ECW plastic cavalry, which forms the basis of this box.

We  have added two new splendid models in metal, a characterful Captain of horse and a metal Cornet, both full of dash and Swedish boldness!

The Swedes, and the Finns who fought so well alongside them, were sometime equipped with the savage looking curved sabre rather than the standard broadsword, and we have included 3 metal sabre arms to equip your ranks.

The characteristic metal Swedish style helmet is also included.  We have put in 10 of this Single barred and fluted helmet so that you can give them all this headgear if you really want, though a mix of helmets and soft hats seems common at  the time.

Last but not least, we have included six musketeers who are modelled firing the dreaded Swedish salvoe, as the Swedes attached commanded units of shot  to intersperse with the cavalry squadrons,  so that will give them some fire support and confound your enemy...

Of particular note in Gustaf's army were the horsemen recruited from Finland, their fearsome battle cry -Hakkaa paalle!   (Hack them down!) would strike fear into the hearts of any Imperial foe.

This unit allows you to make units of Swedish horse, German horse or the feared Finnish horsemen.

This is a metal and plastic boxed containing 12 cavalry and 6 muskets on foot miniatures.