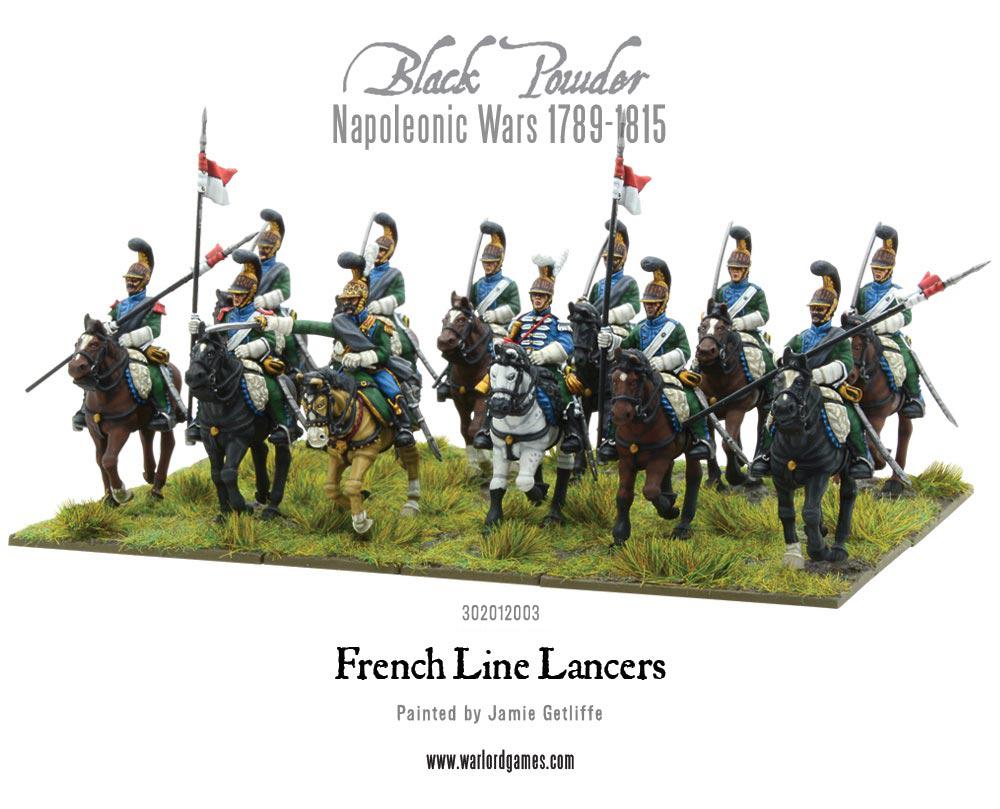 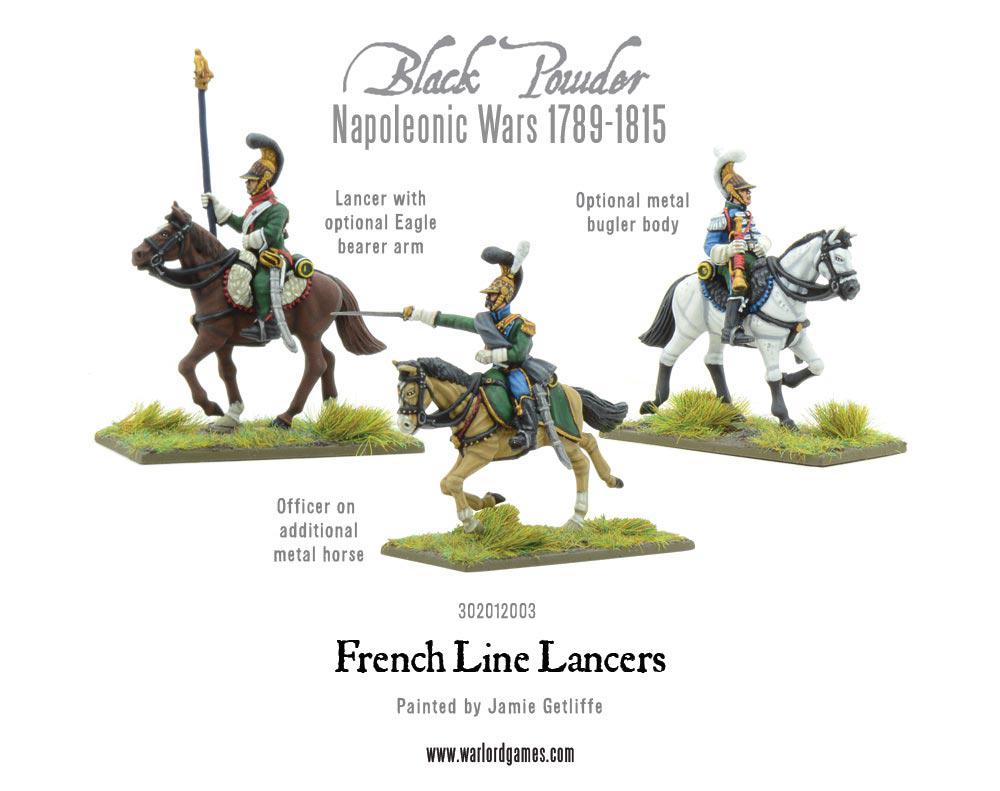 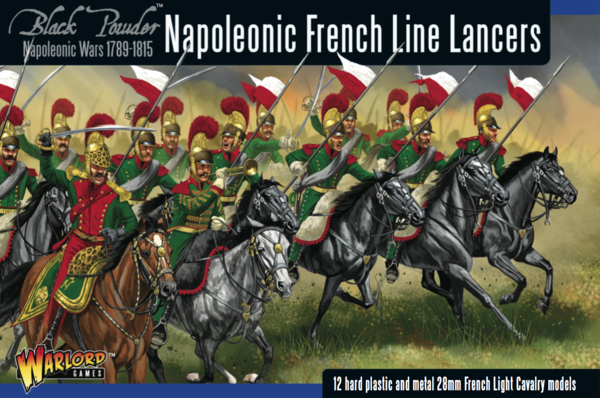 In 1809, at the battle of Wagram, some Polish light horse fighting for Napoleon seized lances from Austrian Uhlan prisoners and used them with good effect. Impressed by their use, Bonaparte ordered nine regiments to be formed, six of them clothed in green and three in blue. With their nine-foot ash pole lances, red and white pennants, and topped off with gleaming brass classical helmets they cut quite a dash on the battlefield.

Lancers were unusual as they could take their place in the battleline and fight it out with enemy cavalry or infantry, but they were most often used in scouting, raiding, and – especially in Spain and Russia – in skirmishing, even fighting dismounted where the situation arose.

Armed with a wicked lance, sabre, and at times a carbine and up to two pistols, the French line lancer was a formidable foe!

Although a standard unit size for French Lancers would be 12 in most games, this box allows you to make 13 mounted French Lancers, giving you the choice of fielding them with or without command models.