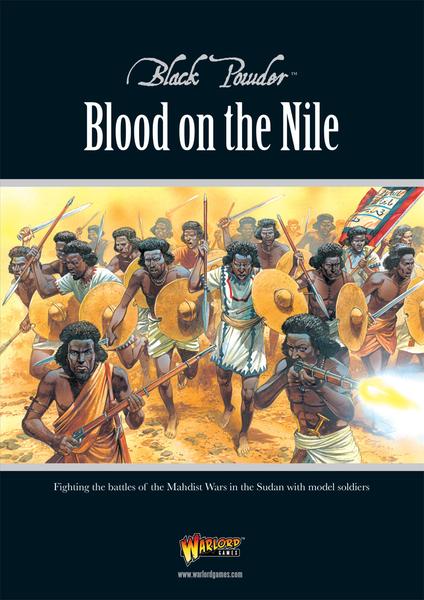 They charged out of the shimmering desert, thousands of fanatical warriors dressed in white, brandishing fearsome weapons. These were the Mahdi’s men and a British soldier’s worst nightmare. The Mahdi had emerged from the wilderness to lead a rebellion against the Egyptian government in Sudan. His armies overwhelmed the Egyptians and trapped Governor Gordon in Khartoum. The British launched a relief expedition, but it arrived too late. Such an insult to the Empire could not go unpunished, and the British returned to crush the Mahdists. Sudan then came under British Imperial control, but, like shifting sands, history could have turned out very differently.

Using this Black Powder supplement, you can take charge of the British army fighting in the desert, or assume command of the Mahdi’s forces in their struggle against the world’s greatest military power. Along the way, learn about the battles and campaigns of the Mahdist Wars, and the soldiers who served in them.

The free miniature with this supplement is based firmly on one of history’s great characters – Colonel Frederick Gustavus Burnaby. For those who don’t know much about this British officer try an internet search – he almost beggars belief! This is a superbly sculpted miniature by Steve Saleh that perfectly portrays this Victorian hero.

A copy of the Black Powder rulebook is required to use this supplement.