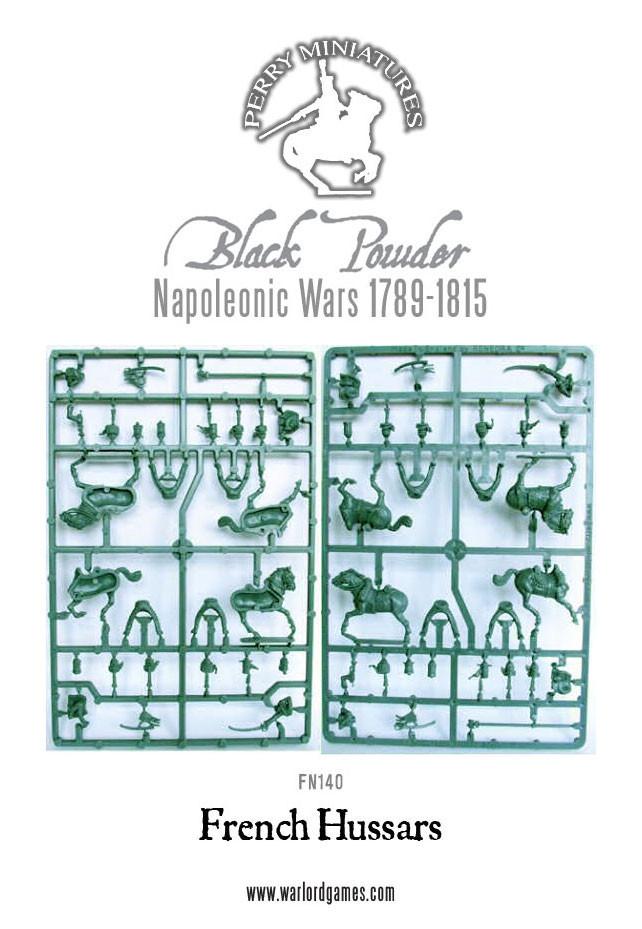 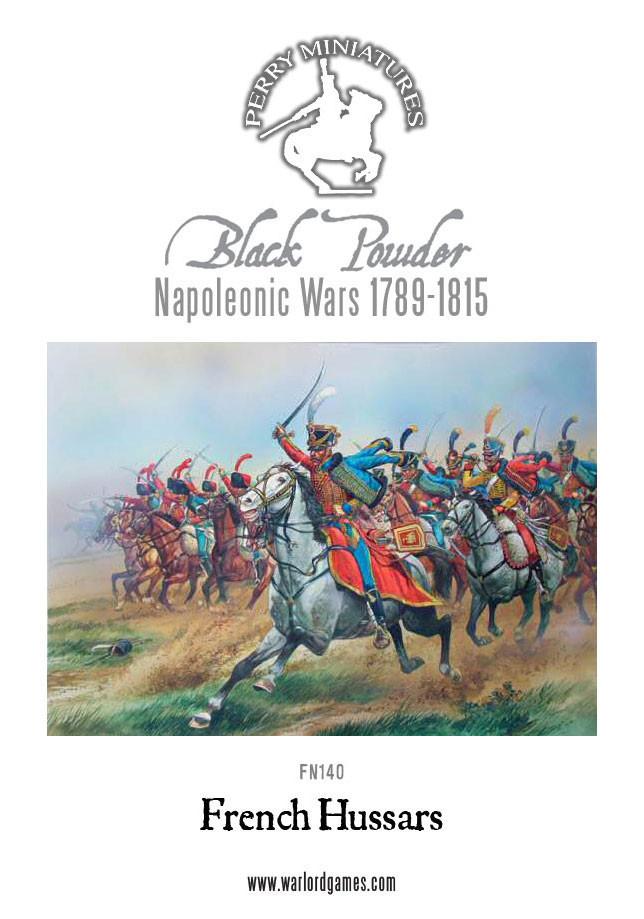 The figures in the box cover the hussar regiments in the French army from the Revolutionary War to the end of the Empire. They can be represented in their stunning full-dress uniforms or their more functional campaign dress.

Included in the box are enough heads to kit the whole unit out in either mirlitons, colpacks, three different types of bell-top shakos (one of which is covered) or cylindrical shakos. The torsos are separate from the legs, to allow you to choose between the full dress breaches or campaign overalls. The pelisses and carbines are also separate.

Included in the box is an extensive painting guide on a double-sided A3 sheet, containing over 100 examples of uniforms.

The arms are attached to the torsos, so there aren't too many parts to the figures. Just by twisting the torso on the legs, you can create a varied look.

The horses are a new, lighter breed in keeping with light cavalry.