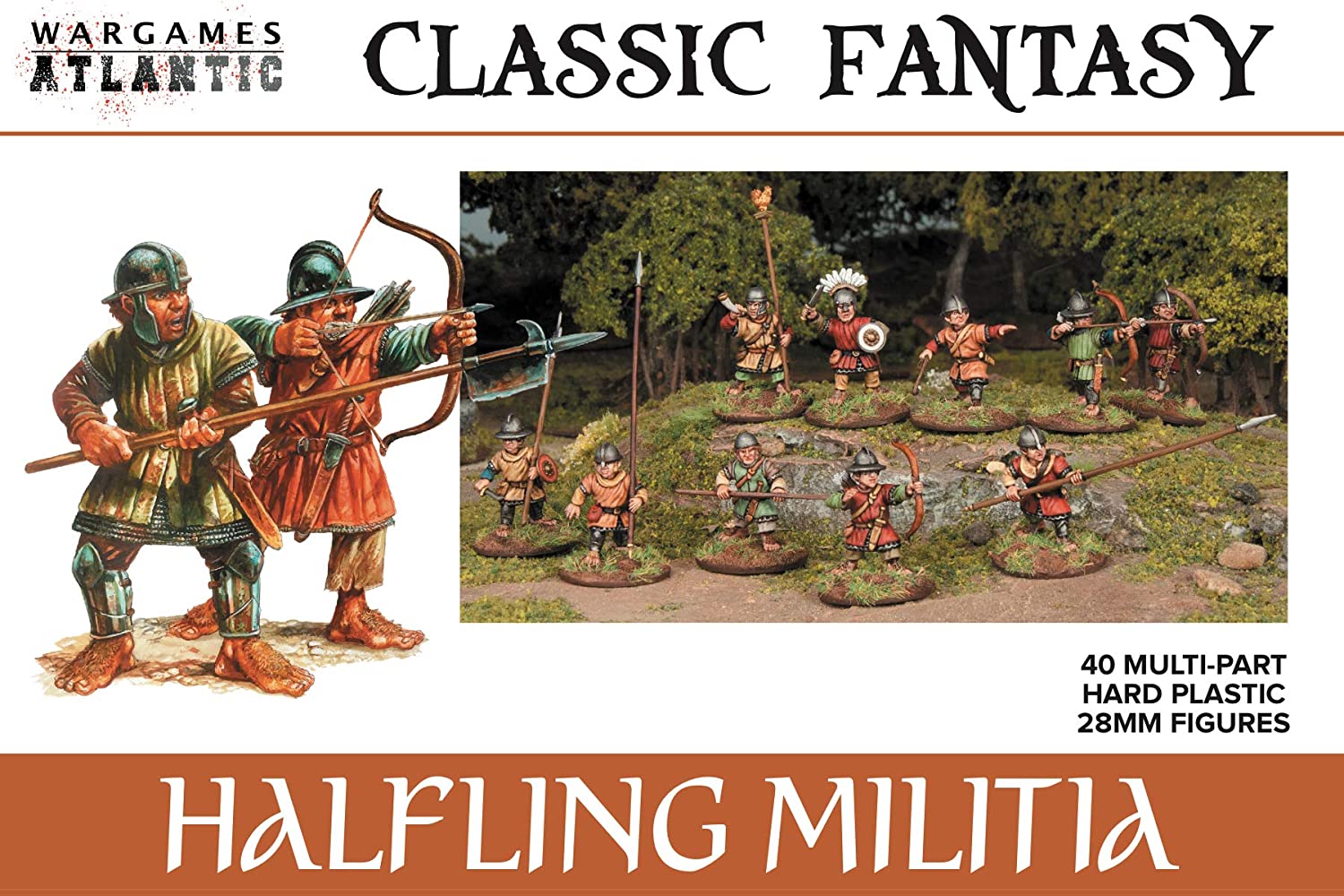 EADY TO DEFEND HEARTH AND HOME…

Scattered throughout the kingdoms of Men are several halfling communities. Primarily people of the earth – farmers, millers, butchers, drovers – halflings nevertheless have to make their way in a world that can be fraught with dangers.

Over the centuries, they have grown their own class of warriors who work in close coordination in the face of the enemy. Sometimes these trained bands travel far afield to fight on behalf of Mannish kingdoms or in times of great peril even in the armies of the High Queen herself.

This hard plastic box set allows you to build 40 Halfling Militiamen equipped with bow, sling, halberd, or pike and with options for full command.

Models require assembly and painting. Bases are not included.